Boxing is My Religion 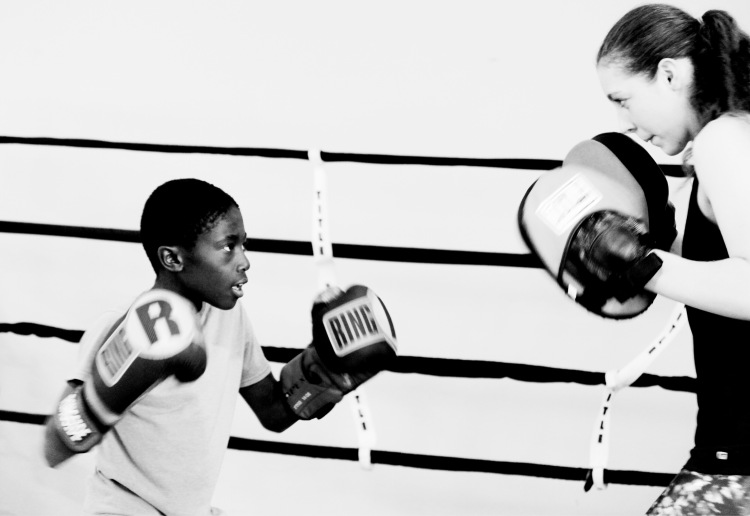 Women’s boxing is trending up! It is an exciting time to be a female in the sport of boxing. The top women in boxing are authoring inspiring chapters in the stories of their lives. Clarissa Shields achieved history making moments by boxing her way to a gold medal in 2012 when women were finally welcomed […]

It is not a secret that boxing is a powerful sport. But, where does all of that power come from. Is it in the jab, or the technique? Is it in the hours of training? or does it lie somewhere within the athlete themselves? Cristina Gonzalez of the She Fights Foundation believes the latter to be […]

11/19/2016 I’m filled with anticipation and excitement as I tune in to the fight that marks the pro debuts of Claressa Shields and Franchon Crews.  Not just because I’m about to watch what promises to be a solid match, but something more. There is a tangible feeling that women’s boxing is on the precipice of […]

They say that “you can never go home.” Nico Hernandez knows that this is not true. He has found his way back home on numerous occasions. He has boxed in competitions across the nation, collecting an impressive array of hardware, including: a National Golden Gloves championship ring, eight Ringside World Championship belts, two Jr. Olympic […]

This is why I equate boxing to religion. It is necessary to me; it has filled my soul with light…When my work is done, I feel like I was just baptized, freed, and forgiven.

END_OF_DOCUMENT_TOKEN_TO_BE_REPLACED

“The idea is to live your life in a way that makes you feel lit up. Alive. Full fledged. Beautiful. Know and find what nourishes you inside and out, bones to skin, and then build your world from that alone. All else is not part of your revolution. Or your ultimate evolution.”                              —Victoria Erickson